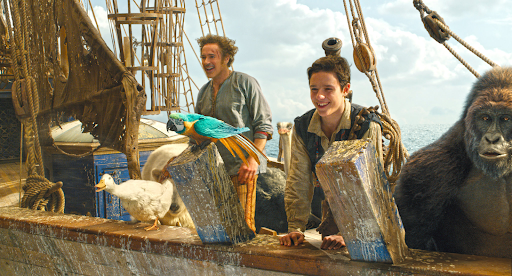 "Somehow, we just belong together."

I don’t know about you, but I’m a little sick of all these films with their doomsday warnings and political chaos. Surely we experience enough of this in our daily lives. I don’t need complexities, twists and turns, and some profound extended metaphor about the meaning of life. In the current climate, honestly all I want is to sit down, have a laugh, and forget about being stuck indoors (and about the crazy world outside). And this film was perfect for just that!

For some reason, the critics hate this. After the reviews for ‘Dolittle’ were published I really was expecting it to be worse than ‘Cats’, but after falling off my couch laughing during the film, I think we can all agree these film connoisseurs and screen aficionados may have simply lost touch with their inner child. This is one of those films that goes out of its way to be completely and unashamedly weird. It isn’t aiming to be like every other movie and that’s why I loved it. Honestly, I really needed to see a whale flip off someone with its fin – it made my day (I’m still laughing about it as I write this). 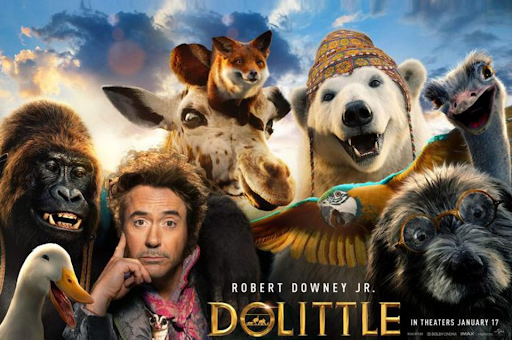 Dolittle follows the story of, well, the man himself, Dr Dolittle. Played by Robert Downey Jr, the reclusive man leads a rather wild and untamed life behind the walls of his manor, with only his menagerie of exotic animals for company after losing his beloved wife seven years prior. However, when the queen takes ill, he is forced to embark on a journey across the sea in search of a mythical cure.

Alongside his animal friends and a rather persistent human boy, their quest leads them through dangerous waters – with, of course, the villain hot on their tail. This is a story of companionship and rising above adversary, besides it also features a gorilla with anxiety (Rami Malek), a pessimistic ostrich (Kumail Nanjiani), a polar bear who hates the cold (John Cena), a bird-brained duck (Octavia Spencer), and a parrot (Emma Thompson) who is actually the one in charge here – what more could you want. So despite this film managing to have a lower rating than Cats,

I’m not going to spoil the end of the film for you (because you are going to watch it) but let’s just say the punchline will be a huge relief for some. So yes, the humor is maybe an acquired taste and sure it takes a few minutes to adjust, but if you preserve, I guarantee you’ll love the charm just as much as I do. Oh and if it wasn’t enough for the film to just be funny, you still get all the usual family friendly messages of love, accepting loss, and confronting your inner fears.

In terms of the visual and technical aspects of the film, I’m going to be honest with you, I never pay attention to them. I spent enough time in high school stressing about remembering lighting techniques and camera angles that I generally just avoid the topic entirely. But here’s what I will say, the CG animation captures the perfect balance between realism and emotion. All of the animals retain their life-like appearance and yet the film still manages to capture their expression in a most human manner. Definitely no complaints in this department. 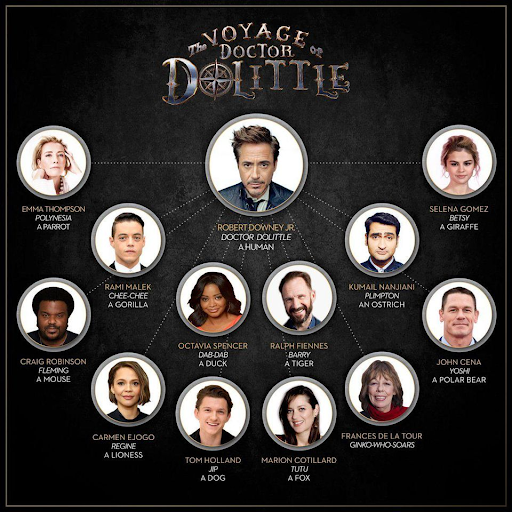 Usually when films have enough high profile actors to fill a table at the Oscars I’m sceptical of how good it will actually turn out. The Ocean’s franchise did an amazing job of incorporating so many big personalities, but since then I just feel like every other film is just compensating for a poor storyline. Well not this film! I genuinely cannot believe how many big names they managed to fit on set, and I didn’t even realise it until the credits. I particularly want to draw your attention to Rami Malek, that man has to be one of the most underappreciated actors – he does an absolutely fantastic job here with voice work and I literally cannot get enough of it. I also loved just how diverse the cast was, with a wide array of actors from around the globe. And while we are on the topic, I want to address the infamous accent causing such a stir in Hollywood. For this film Robert Downey Jr chose to tackle a Welsh accent, possibly to distance the character from his role as Sherlock Holmes (a wise choice if you ask me). Yet it comes up in every single review as a negative. I just think everyone else is jealous he managed to do such a fantastic job, especially considering it is one of the hardest accents to mimic and many Welsh people themselves have celebrated his darn good attempt. Well you know what, even though it takes a bit of getting used to, I’m glad the Doctor isn’t British – let the Welsh people have their moment in the spotlight! 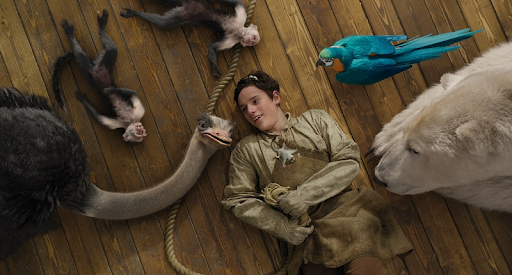 Just to recap; I loved this film, you will love this film, and hopefully we can all agree it is a fantastic film. So what are you waiting for, go watch Dolittle right now – you won’t regret it!