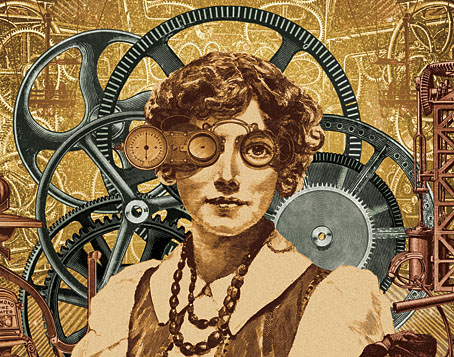 Imagine that Jane Eyre had a child with Blade Runner… I don’t know about you, but I would certainly read that book. Thankfully, it already exists! Welcome to the steampunk genre.

Steampunk fiction is a hybrid of sorts, taking the ‘old’ and giving it a ‘futuristic’ spin (or perhaps one could philosophically argue it’s the other way around…). Steampunk stories are typically set within the Victorian era, complete with all the usual sensibilities and expectations. However, they imagine a time period where technology is far more advanced than one would’ve expected for the time.

The defining aspect of the genre is the prominence of fantastical machines that mash up the past and the future, re-imagining what the 19th century could have been like. I mean come on, who wouldn’t want a clockwork powered laser beam!?! The fashion of these worlds is another notable feature, with tophats, goggles, corsets, leather and intricate detailings playing an important part in shaping the atmosphere.

But what actually is the genre about?, I hear you ask. Well, perhaps the greatest achievement of steampunk is that it combines inventive science fiction alongside your classic adventure storyline to create a spellbinding universe unlike any you’ve ever immersed yourself in. And the best thing about steampunk is that it can easily incorporate other aspects of your favourite genres, from Wild West settings to supernatural creatures. 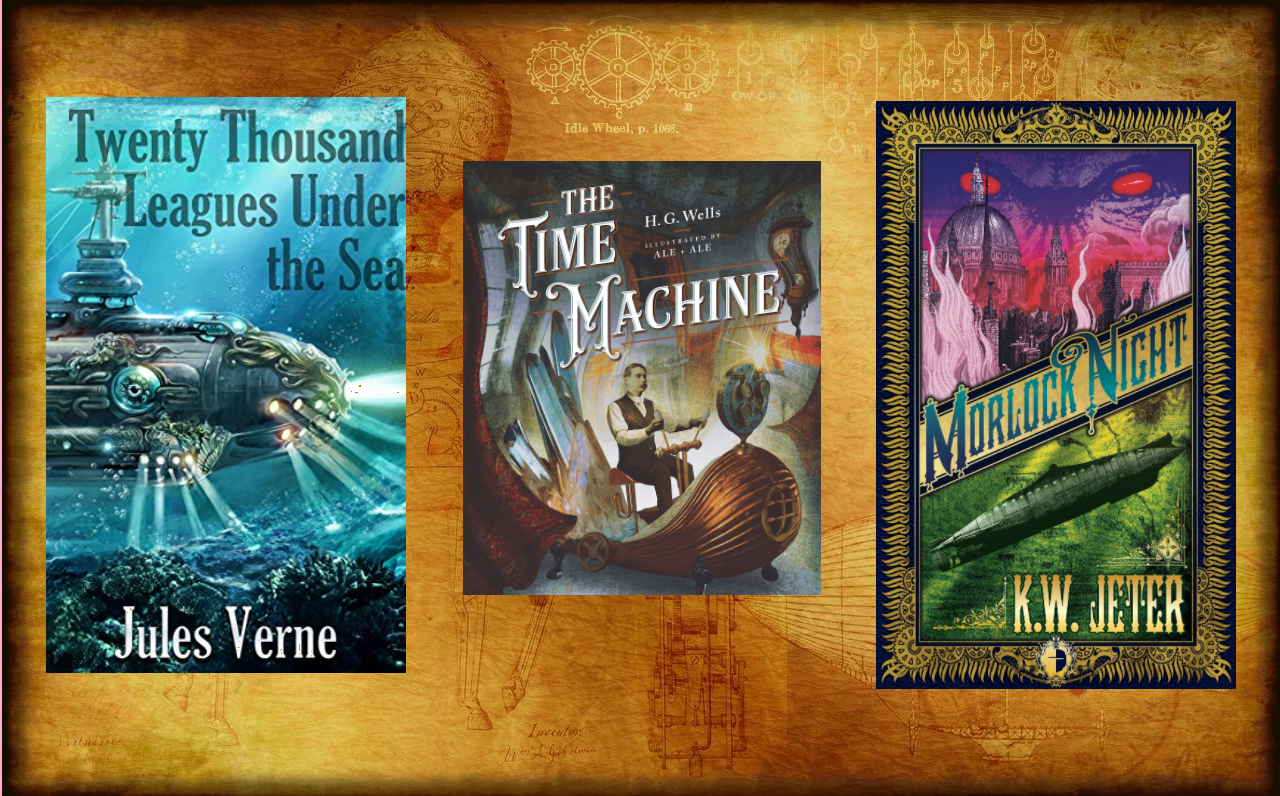 Jules Verne is widely acknowledged as having laid the foundation for the Steampunk genre, in particular with his novel Twenty Thousand Leagues Under the Sea. Although this story was actually written by Verne in the midst of the Victorian era itself, it follows a marine biologist’s exciting (yet somewhat sinister) adventures with Captain Nemo aboard a high-tech submarine called the Nautilus.

H.G. Wells’s The Time Machine is another work that was not just important for science fiction as a whole, but particularly steampunk, because as the name suggests, the story popularized the idea of time travel – a critical aspect of many steampunk tales. However, shortly after the novel was published, the public began to lose interest in the wild possibilities of an advanced steam powered world and alas the genre was relegated to the shadows. It wasn’t until the 70’s that The Time Machine would influence a key moment in the genre’s history…
K.W. Jeter became one of the first authors to describe his writing as ‘steampunk’ when he published his book Morlock Night… A novel which just so happened to be *heavily* inspired by the events of The Time Machine (I wouldn’t even hesitate to call it fanfiction if I’m being honest). His story follows on from where Wells left off, and explores the pandemonium that would result if the Morlocks had in fact managed to travel back in time to Victorian England. King Arthur even gets involved and it is genuinely a riot. So perhaps we have Jeter to thank for the fantastical and wild adventures of the steampunk genre.

But of course, steampunk isn’t just limited to novels! Beginning in the early ’90s steampunk became a rising subculture. You may have seen people dressed in full costume at conventions, or perhaps you’ve eyed out a few pieces of clockwork jewellery on Etsy. The fact is that steampunk has had a significant influence on DIY and fashion in the 21st century – even Prada had a line of men’s wear inspired by the style.

But perhaps the most well known homages to the genre come from films: The League of Extraordinary Gentlemen, Van Helsing, Treasure Planet, Atlantis: The Lost Empire, The Golden Compass, Howl’s Moving Castle, City of Ember, Hansel and Gretel: Witch Hunters, FullMetal Alchemist… I could go on for days.

My point here is that even if you’ve never heard the word ‘steampunk’, it is very likely you have in fact had some degree of exposure to the culture.

In fact, the best thing about the genre is how versatile it really is. Defining a novel as steampunk relates more to the aesthetics of a story than anything else, which means it fits perfectly hand-in-hand with every other genre. If you love mystery novels, there’s a steampunk version. If you prefer a cheesy romance, we’ve got that too. No matter the kind of genre you usually read, there is bound to be a steampunk variation to get you started!

So if you’re intrigued and ready to forge full steam ahead (😉), then strap on your goggles and get ready for our top ten recommended steampunk reads!