If there is one thing we at SURLY love just as much as books, it’s music. So why not combine the two?!

If you have ever wondered what book your favourite artists would be, then read on for a selection of one of our writers’ best ‘educated’ guesses. Grab a book, turn on your music, et voila! Perfect pairing!

At the time of release, some people loved the music without fully realising the political undertones in Pink Floyd’s lyrics – or perhaps they didn’t truly appreciate just how relevant they would become. Kind of like how people responded to George Orwell’s 1984 when it was first released.

Miss Peregrine’s Home for Peculiar Children takes the crown of being the strangest and yet most captivating book I’ve ever read. Sometimes you’re just really confused by the sheer absurdity of everything whilst at the same time feeling like it makes perfect sense. If that doesn’t sum up Lady Gaga (particularly her excellent fashion choices) then I don’t know what does.

Known for their outrageously long song titles (e.g. Get busy living or get busy dying, do your part to save the scene and stop going to the shows), Fall Out Boy would almost certainly have to be a book with the longest title we could find. Thankfully, Paul Jennings had just what we were looking for; How Hedley Hopkins Did A Dare, Robbed A Grave, Made a New Friend Who Might Not Have Really Been There at All, and While He Was at It Committed a Terrible Sin Which Everyone Was Doing Even Though He Didn’t Know It.

Ariana Grande is a Queen so the closest book I could find with similar royal status was Meg Cabot’s The Princess Diaries. Part of the reason why these books are so much fun to read is because of how crafty the pop culture references are – kind of like a certain ‘Thank U, Next’ video. 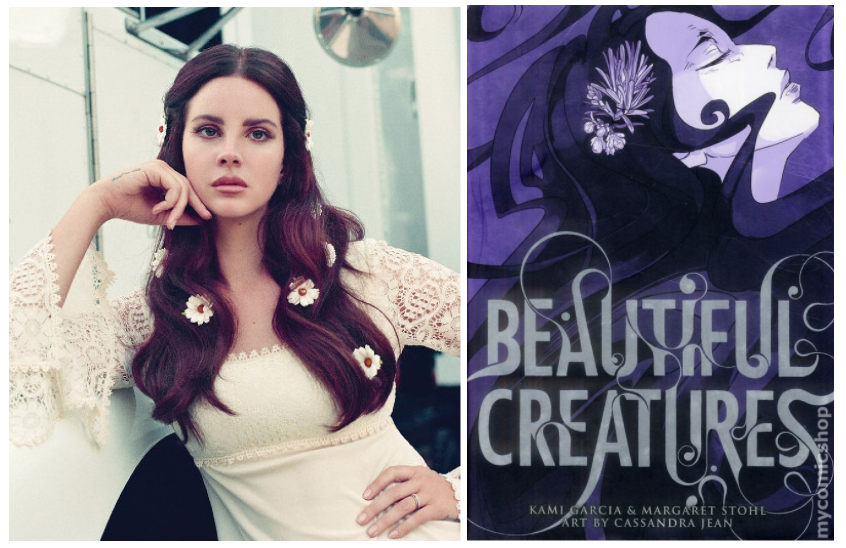 I’ve gotta be honest, this is less about content and more about aesthetic – that deep down I just feel like Kami Garcia and Margaret Stohl somehow manage to capture the essence of Lana Del Rey’s vibe in Beautiful Creatures.

Tyler Joseph has previously revealed that the band’s name was derived from Authur Miller’s play All My Sons, with key themes defining the ethos of the duo’s work. So maybe not quite a book, but this really was kind of an obvious choice.

Panic! At the Disco

The delightfully weird band was almost destined to be paired with Lewis Carrol’s Alice in Wonderland, I can certainly picture Brendon Urie taking on the role of the Mad Hatter in a music video (and absolutely nailing it).

I’m almost certain Elton John would have thrived in the roaring twenties and for me, The Great Gatsby was my first introduction to the era. So there you have it, one of the greatest classical novels to match one of the greatest musicians of all time.