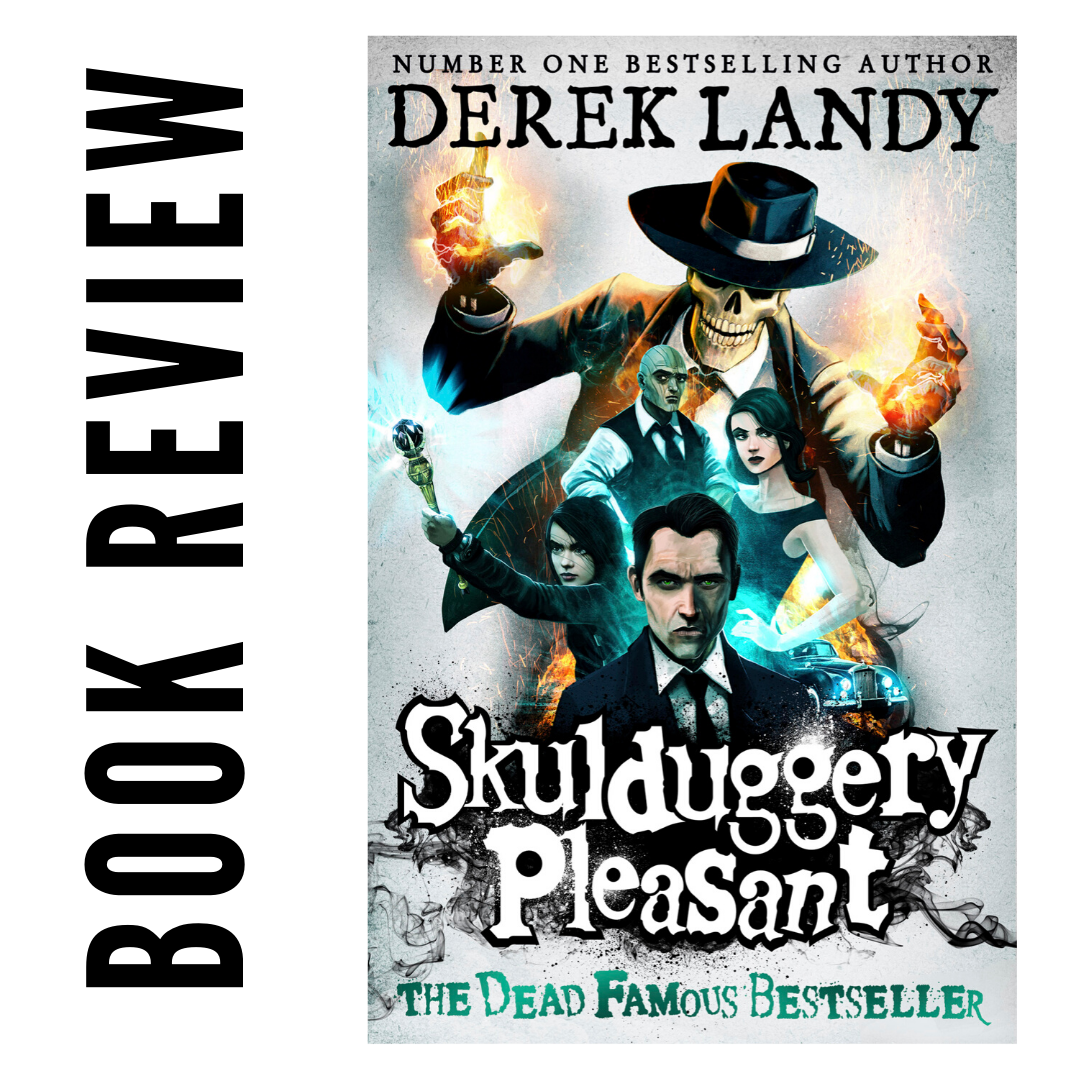 You read the title for this blog post and think “Ah what a lovely childrens’ book, I remember it from when I was young.”

The publisher is wrong.

The people who decided this was a children’s book are wrong.

Skulduggery Pleasant does not deserve to be labelled as a work of fiction solely for children. Derek Landy is able to transcend arbitrary age divisions and provide all readers, young and old, with a story that resonates unlike any other.

So if you’ve never read the books (not sure how you’ve been living your life so far) then continue scrolling for a review from a SURLY patron and die-hard Skulduggery Pleasant fan that is sure to convince you to issue out book one (seriously it’s available in the e-library, just click right here 👈) 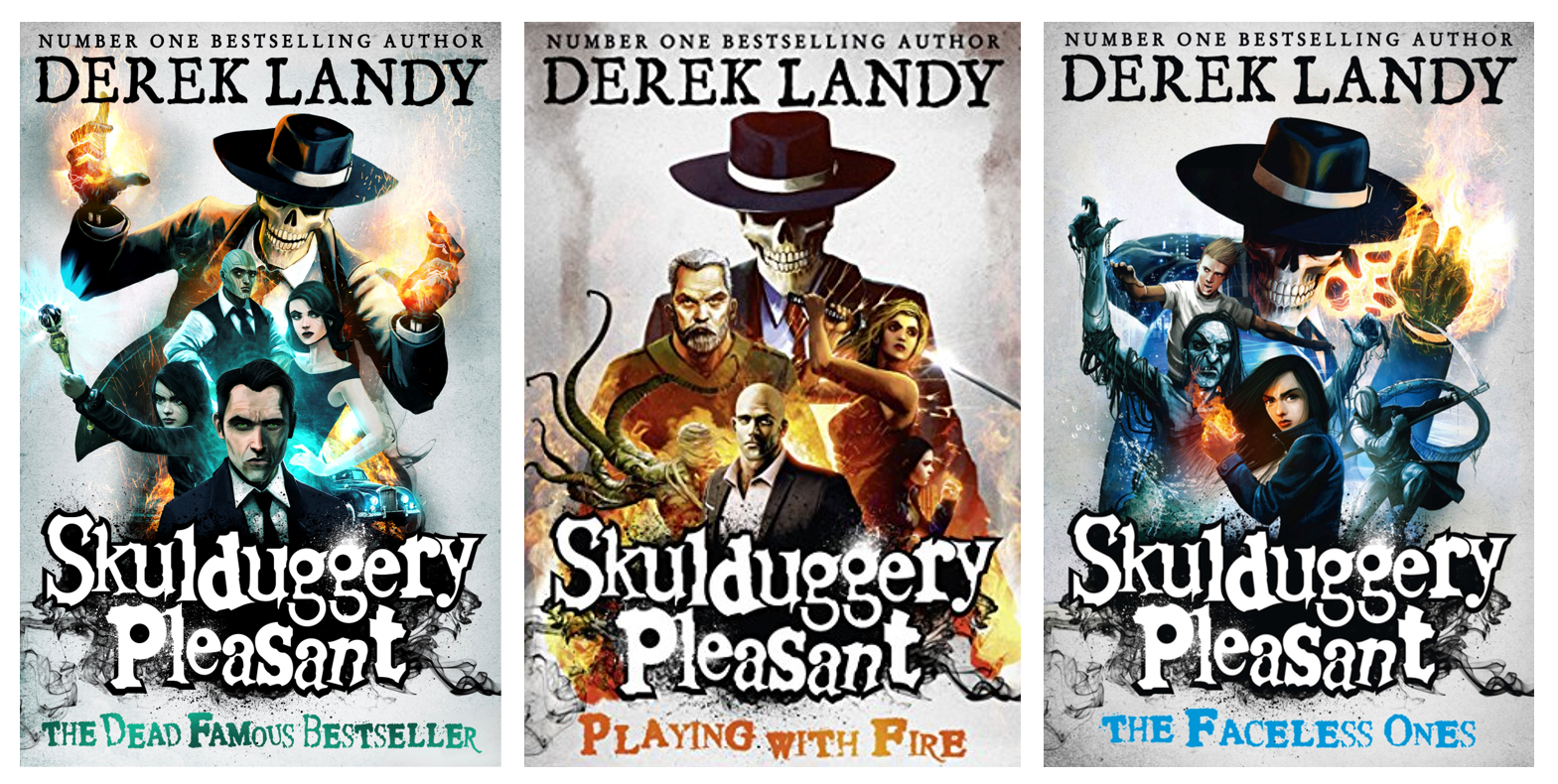 The story begins with Stephanie Edgley (later known as Valkyrie Cain) insisting that a friend of her recently dead uncle teach her magic – for some reason, Skulduggery Pleasant seems to think it’s appropriate to listen to the demands of a 12 year old. Nevertheless, the dynamic duo set off on an adventure to fight the evil forces of the world, as well as those hiding within themselves. But don’t for one moment think that this is just another one of those stories. Derek Landy incorporates aspects of every conceivable genre, from fantasy and mystery, to horror and top-notch humour, there truly is something for all readers to enjoy. Despite the tale currently spanning 13 books (!)  there is never a feeling that the series is being dragged out, or that Landy is milking the proverbial cow. Each new addition flows on seamlessly from the last and always contains new shocks and surprises that you never see coming. On the same hand, it never feels as if Landy has simply invented another unrealistic global threat for the purpose of yet another book – each mystery and perilous scenario evolves organically and will keep you glued to every last word. Landy delivers a book which has the power to make you read 600 pages in one day and still be thirsting for more.

This is the reason why you read these books. Unlike many other authors (*cough J.K Rowling cough*) Derek Landy manages to create characters who, despite being flawed, are never annoying. In the first book Valkyrie Cain is only 12 years old and yet she doesn’t whine, nor does she whinge or sob about the unfair pressures the world has placed upon her fragile shoulders. No, she embraces the challenges before her with bravery and wisdom that are beyond her years, all while still managing to be sarcastic in the face of danger. If this is not inspiring, then I don’t know what is.

But perhaps Derek Landy’s greatest achievement is allowing the series to mature with its original audience. Valkyrie is now 24 years old and as you can imagine, her fears, desires, and general attitude to life have changed dramatically. It is this character progression that makes these books perfect for older readers. Additionally, the supporting characters are well developed, distinctive, memorable and not simply tacked on to the side of the protagonists. You will fall in love with each and every one of them. Of course you have to be prepared for your favourites to die, but don’t most authors do that nowadays. It’s fine. You’ll get over it. (Not like I’m still salty for what James Dashner did on a particular page 250…)

In a story as complex as this one, world building is vitally important. Landy manages to incorporate key aspects of the world throughout the books in small manageable chunks so that readers are never overwhelmed. The “rules” are clearly outlined and despite being familiar, are clearly the product of Landy’s unique creativity. A key feature that was integral for such a long plotline was having characters revisit the same locations and yet the readers still experience new wonder every time. Here Landy hits the mark perfectly. To this day, I can still visualise the entire setup of Roarhaven, and can imagine myself walking through the streets alongside our protagonists.

I’m going to be honest with you, this really isn’t a book you read to learn some deep meaningful message about society or perhaps even yourself. This book is for those moments when you just need to relax, enjoy your life, and possibly work on developing a six pack from all the laughing. So when I read this the first time (and the second, and maybe a third) I wasn’t looking for any significant themes. But… if you look hard enough, they are hidden right there in plain sight. Those readers who are tuned in to these aspects of the novel will be delighted by their presence. Whereas those who would rather just enjoy the book, don’t have to deal with messages being shoved down their throat at the expense of the story. This is a delicate balance and Landy more than excels.

This is the greatest book series you will ever read – FULL STOP. Don’t believe me? Then read it for yourself and see!