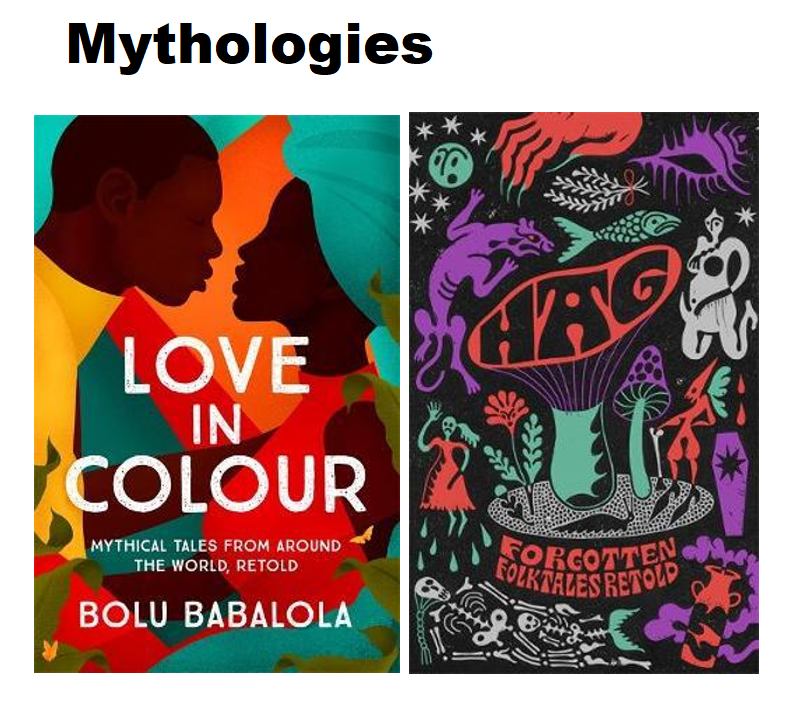 Maybe you like considering a theme from multiple angles and perspectives – or maybe you just don’t have time to commit to a full-length novel! Check out some of the best Short Story collections from the last few years, with recommendations for anthologies, surrealism, spec fic, mythology, and fiction. 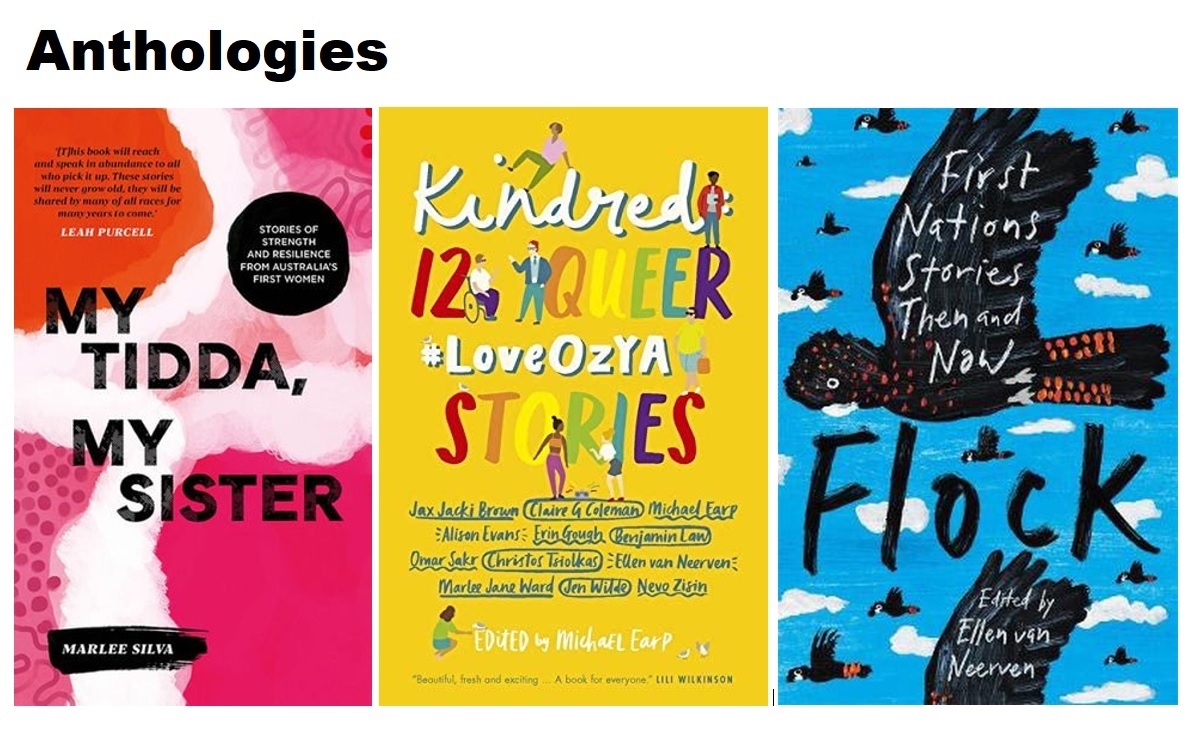 “We all have our own pair of beautiful wings, but we fly together in formation.”

This wide-ranging and captivating anthology showcases both the power of First Nations writing and the satisfaction of a good short story. Curated by award-winning author Ellen van Neerven, Flock roams the landscape of Aboriginal and Torres Strait Islander storytelling, bringing together voices from across the generations. Featuring established authors such as Tony Birch and Melissa Lucashenko, and rising stars such as Adam Thompson and Mykaela Saunders, Flock confirms the ongoing resonance and originality of First Nations stories.

Some of the stories are written from autobiographical perspective, others dive into experimental forms of storytelling. Some are touching, some gritty, some funny, many are all three.

“It’s not the dark I find scary. It’s the light. In the light, you can see everything. Even the things you don’t want to.”

My Tidda, My Sister – Marlee Silva

“When it comes to building a better nation for all those that live in it, we need to understand each other better… we want the other ninety-seven percent of the population to feel pride in our culture and our stories too, to walk with us and pave a brighter future for the next generation.”

My Tidda, My Sister shares the experiences of many Indigenous women and girls, brought together by author and host of the Tiddas 4 Tiddas podcast, Marlee Silva. This book is a celebration of the Indigenous female experience through truth-telling. Some stories are heart-warming, while others shine a light on the terrible realities for many Australian Indigenous women, both in the past and in the present. But what they all share is the ability to inspire and empower, creating a sisterhood for all Australian women.

Everyone on the Moon is Essential Personnel – Julian K. Jarboe

“Eventually, even Pavlov found that when he heard a bell he had the overwhelming urge to feed a dog.”

In this debut collection of body-horror fairy tales and mid-apocalyptic Catholic cyberpunk, memory and myth, loss and age, these are the tools of storyteller Jarboe, a talent in the field of queer fabulism. Bodily autonomy and transformation, the importance of negative emotions, unhealthy relationships, and bad situations amidst the staggering and urgent question of how to build and nurture meaning, love, and safety in a larger world/society that might not be “fixable.”

I’m waiting for you – Bo-Young Kim

In this mind-expanding work of speculative fiction, available in English for the first time, one of South Korea’s most treasured writers explores the driving forces of humanity—love, hope, creation, destruction, and the very meaning of existence—in two pairs of thematically interconnected stories.

In “I’m Waiting for You” and “On My Way,” an engaged couple coordinate their separate missions to distant corners of the galaxy to ensure—through relativity—they can arrive back on Earth simultaneously to make it down the aisle. In “The Prophet of Corruption” and “That One Life,” humanity is viewed through the eyes of its creators: godlike beings for which everything on Earth—from the richest woman to a speck of dirt—is an extension of their will.

Picnic in the Storm – Yukiko Motoya

“When I woke up and looked in the mirror, I saw that my face had finally begun to forget who I was. It was as if they couldn’t remember their original placement, and as a result, the final impression was a little off-kilter.”

A housewife takes up bodybuilding and sees radical changes to her physique – which her workaholic husband fails to notice. A boy waits at a bus stop, mocking businessmen struggling to keep their umbrellas open in a typhoon – until an old man shows him that they hold the secret to flying. A woman working in a clothing boutique waits endlessly on a customer who won’t come out of the fitting room – and who may or may not be human. A newlywed notices that her husband’s features are beginning to slide around his face – to match her own.

A mixture of the bizarre, the grotesque, the fantastic and the alien, these stories lift the veil on the ordinary and confront us with the profound. This collection of eleven surrealist tales showcase one of Japan’s best award winning writers in English for the very first time.

“Nadia found the ocean behind the Swedish assholes’ couch during her weekly cleaning. She had followed a small trail of sand to the eastern wall with the vacuum, and when she’d moved the couch to vacuum underneath it, there was the ocean, snuggled right up to the wall. A fresh wind blew off it, stirring the curtains: the smell of salt and mud.”

Dark, irreverent, and truly innovative, the speculative stories in Homesick meditate on the theme of home and our estrangement from it, and what happens when the familiar suddenly shifts into the uncanny. In stories that foreground queer relationships and transgender or nonbinary characters, Cipri delivers the origin story for a superhero team comprised of murdered girls; a housecleaner discovering an impossible ocean in her least-favorite clients’ house; a man haunted by keys that appear suddenly in his throat; and a team of scientists and activists discovering the remains of a long-extinct species of intelligent weasels.

“I will be here until the end of days, with the rain coming down and then rising up, swelling to my ankles and then my knees, the slowest death, not even by drowning. Here until the water breaks my skin down, until my bones soften and melt. And even then I will not be able to forgive myself.’’

Sisters fight for the love of the same woman, a pregnant archaeologist unearths impossible bones, and lost children follow you home. A panther runs through the forests of England and pixies prey upon violent men.

From the islands of Scotland to the coast of Cornwall, the mountains of Galway to the depths of the Fens, these forgotten folktales howl, cackle and sing their way into the 21st century, wildly reimagined by some of the most exciting women writing in Britain and Ireland today.

In her debut collection, internationally acclaimed writer Bolu Babalola retells the most beautiful love stories from history and mythology with incredible new detail and vivacity. Focusing on the magical folktales of West Africa, Babalola also reimagines Greek myths, ancient legends from the Middle East, and stories from long-erased places.

With an eye towards decolonizing tropes inherent in our favorite tales of love, Babalola has created captivating stories that traverse across perspectives, continents, and genres. 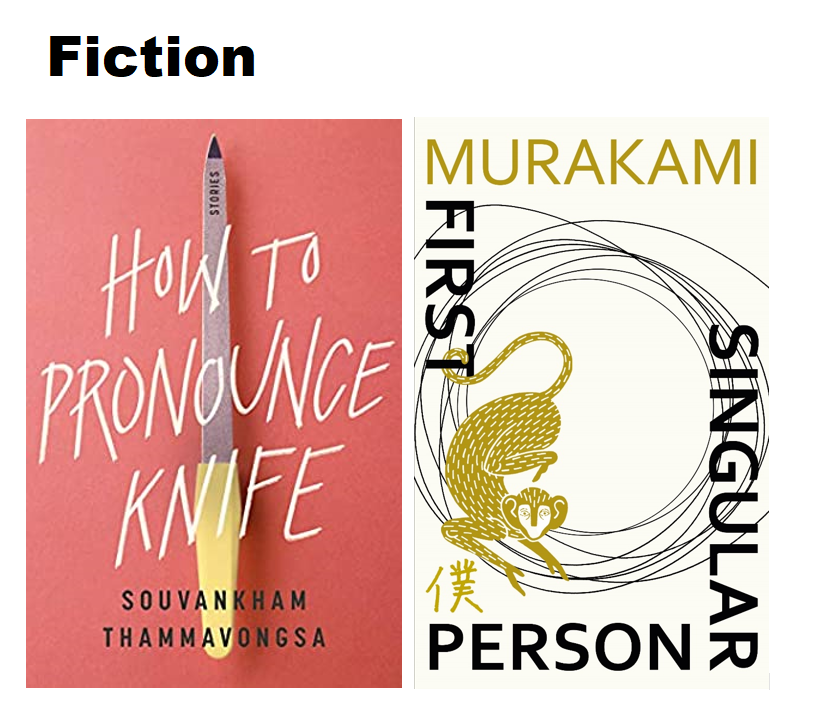 How to Pronounce Knife – Souvankham Thammavongsa

“She said it the way her father had told her, but she knew it was wrong because Miss Choi would not turn the page. Instead, she pointed to the word and tapped at the page as if by doing so the correct sound would spill out. But the child didn’t know how to pronounce it. Tap. Tap. Tap. Finally, a yellow-haired girl in the class called out, “It’s knife! The k is silent,” and rolled her eyes as if there was nothing easier in the world to know.”

In the title story of Souvankham Thammavongsa’s debut collection, a young girl brings a book home from school and asks her father to help her pronounce a tricky word, a simple exchange with unforgettable consequences. In other, a failed boxer discovers what it truly means to be a champion when he starts painting nails at his sister’s salon. A young woman tries to discern the invisible but immutable social hierarchies at a chicken processing plant. A mother coaches her daughter in the challenging art of worm harvesting.

Thammavongsa is a master at homing in on small, significant moments of exposure, dislocation, and messy feeling that push us right up against the limits of language.

“Each and every moment, our bodies are on a one-way journey to collapse and deterioration, unable to turn back the clock. I close my eyes, I open them again, only to realize that in the interim so many things have vanished.”

A riveting new collection of short stories from the beloved, internationally acclaimed, Haruki Murakami. The eight masterful stories in this new collection are all told in the first person by a classic Murakami narrator: a lonely man. Some of them are nostalgic looks back at youth, while  others are set in adulthood.

Occasionally, a narrator who may or may not be Haruki himself is present. Is it memoir or fiction? The reader decides. The stories all touch beautifully on love and loss, childhood and death . . . all with a signature Murakami twist.