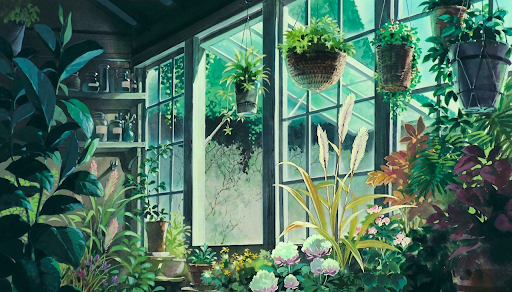 All Things Ghibli – A Review

On this blog I’ve been known to do a book review or two, but so far we’ve only looked at one film. Why is that you ask? Well because initially I thought to myself; “this week I’ll tell everyone about my favourite movie of all time – what a perfect plan”, but then, when I got around to deciding exactly what that film was, I couldn’t settle on just one… So instead, this week we’ll be looking at the greatest, most stupendous, fantabulous animation company: Studio Ghibli!

Obviously people watch films for their storylines (definitely not because of the actors, no not at all) and this is one of the areas that makes or breaks people as Ghibli fans. I’ll be honest with you, they can be sort of… random. Without giving away any spoilers I can tell you that Ghibli movies have included in the past a giant baby, some people who get turned into pigs, a fish who gets turned into a person, a cat bus, and of course pieces of soot which have a longing desire for candy. They are a little bit odd to say the least and yet, that’s really part of the appeal. The films romanticize the little things in life and can be genuinely relaxing to watch. They aren’t about solving all the world’s problems and venturing out on doomsday quests. They are the type of films that make you want to take up gardening, roll in the grass, make a banquet of delicious foods, meet a handsome magician, and become a little old cat lady. What more could you want in life! However, I will be honest… some of the films can be incredibly sad *cough* Grave of the Fireflies *cough* so you’ve been forewarned. 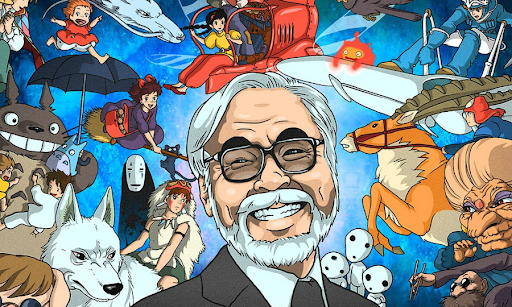 Undeniably part of the appeal of Ghibli films are the characters that fill their worlds. No doubt after delving into these films you will find yourself becoming incredibly invested in each of their stories, their troubles, and their triumphs (I would die for each and every one of them tbh). The great thing about the characters is the huge variation between them, no cookie-cutter stereotypes here. Each and every single character is different and perfect in their own way. The voice actors will surprise you too, I won’t spoil them now but let’s just say you should go have a look at the cast of Howl’s Moving Castle once you’ve finished it (see you’ll have to watch it now). Speaking of which, that particular film really showcases who Ghibli doesn’t neglect their side characters, like yeah Howl is cool and all, but Calcifer…🔥🥓

Of course the main reason why most people discover Ghibli films for the first time (aside from being pestered by their friends or favourite bloggers) is because of the artwork, which you have very likely seen plastered over social media before. The animation aesthetic of pastel colours and intricate details is simply gorgeous. Honestly I wish house plants looked like this in real life because then my house would look ten times better. Oh and you should thank me for not putting up a picture of Ghibli food because I appreciate that you might not want to be overcome by a sudden and persistent desire to eat hunks of bread and slices of cheese like a little farm boy from ye ol’ days. 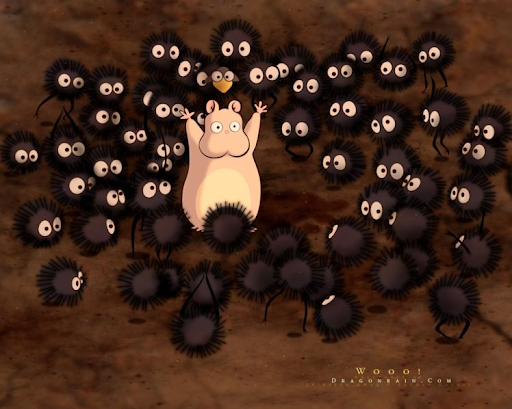 Once again it is highly likely you have already encountered little pieces of Ghibli magic at some point in your life, because the soundtrack of every single film is lofi perfection. No seriously, regardless of your personal taste in music I can guarantee you will fall in love with Ghibli music – it’s impossible not to. And frankly, it’s perfect for all occasions, your next roadtrip, tinder date, study session – the possibilities are endless. 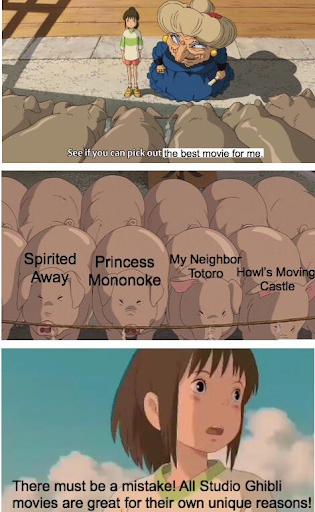 So if you’re convinced (and even if you aren’t) why not check out some of the Ghibli films we have on campus: