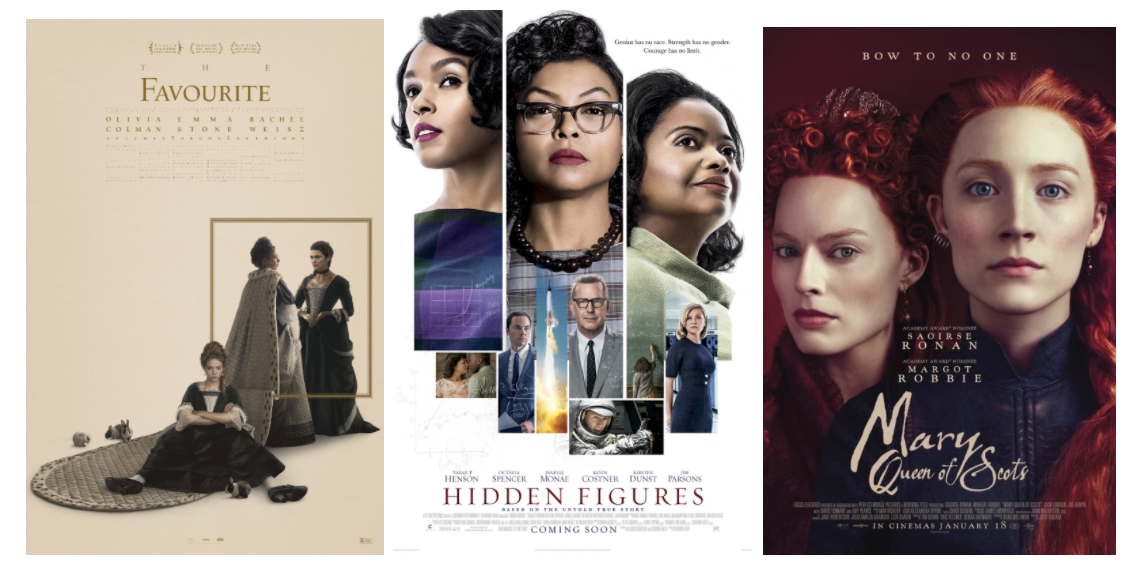 Top films to watch over the break

Let me be honest with you, this mid-semester break could not come around sooner! If you are anything like me, you might feel as though assignments and tests seem to be falling from the sky out of nowhere. Well if that’s the case, then make sure to take some time out over the break to relax, refresh, and look after yourself. You could even take this opportunity (with COVID restrictions far more favourable than they were this time last year) to invite your friends over for a movie night.

Don’t have Netflix? Going somewhere that has no wifi? Love the sound that a loading DVD makes? Yeah, me neither. Anyway, SURLY has you sorted! We’ve curated a list of some great films to watch with your friends, conveniently categorised by genre.

So what are you waiting for… get that popcorn poppin’! 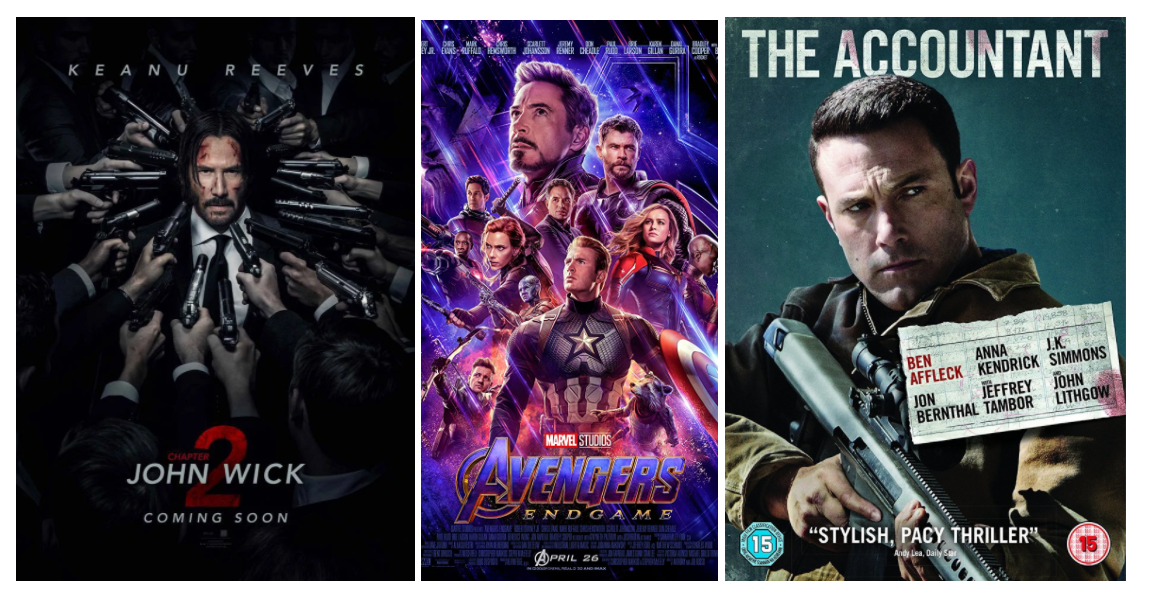 Retired super-assassin John Wick’s plans to resume a quiet civilian life are cut short when Italian gangster Santino D’Antonio shows up on his doorstep with a gold marker, compelling him to repay past favors. Ordered by Winston, kingpin of secret assassin society The Continental, to respect the organization’s ancient code, Wick reluctantly accepts the assignment to travel to Rome to take out D’Antonio’s sister, the ruthless capo atop the Italian Camorra crime syndicate.

Adrift in space with no food or water, Tony Stark sends a message to Pepper Potts as his oxygen supply starts to dwindle. Meanwhile, the remaining Avengers – Thor, Black Widow, Captain America and Bruce Banner – must figure out a way to bring back their vanquished allies for an epic showdown with Thanos – the evil demigod who decimated the planet and the universe.

Christian Wolff (Ben Affleck) is a mathematics savant with more affinity for numbers than people. Using a small-town CPA office as a cover, he makes his living as a freelance accountant for dangerous criminal organizations. With a Treasury agent (J.K. Simmons) hot on his heels, Christian takes on a state-of-the-art robotics company as a legitimate client. As Wolff gets closer to the truth about a discrepancy involving millions of dollars, the body count starts to rise.

Young Han Solo finds adventure when he joins forces with a gang of galactic smugglers and a 190-year-old Wookie named Chewbacca. Indebted to the gangster Dryden Vos, the crew devises a daring plan to travel to the mining planet Kessel to steal a batch of valuable coaxium. In need of a fast ship, Solo meets Lando Calrissian, the suave owner of the perfect vessel for the dangerous mission – the Millennium Falcon.

Three years after the destruction of the Jurassic World theme park, Owen Grady and Claire Dearing return to the island of Isla Nublar to save the remaining dinosaurs from a volcano that’s close to eruption. They soon encounter terrifying new breeds of gigantic dinos whilst uncovering a conspiracy that threatens the entire planet.

Fantastic Beasts: The Crimes of Grindelwald (2018)

In an effort to thwart Grindelwald’s plans of raising pure-blood wizards to rule over all non-magical beings, Albus Dumbledore enlists his former student Newt Scamander, who agrees to help, unaware of the dangers that lay ahead. Lines are drawn as love and loyalty are tested, even amongst the truest of friends and family, in an increasingly divided wizarding world.

People commit unthinkable acts every day. Time and again, we grapple to understand what drives a person to do such terrible things. But what if we are simply asking the wrong questions? What if the cause of all evil is not a matter of what, but who? When three college friends stumble upon the horrific origins of the Bye Bye Man, they discover that there is only one way to avoid his curse: don’t think it, don’t say it. But once the Bye Bye Man gets inside your head, he takes control.

Seven young outcasts in Derry, Maine, are about to face their worst nightmare — an ancient, shape-shifting evil that emerges from the sewer every 27 years to prey on the town’s children. Banding together over the course of one horrifying summer, the friends must overcome their own personal fears to battle the murderous, bloodthirsty clown known as Pennywise.

Ever since a vicious attack nearly claimed her life, Christine Lucas (Nicole Kidman) has suffered from anterograde amnesia and is unable to form new memories. Every morning, she becomes reacquainted with her husband, Ben (Colin Firth), and the other constants in her life. In accordance with her doctor’s (Mark Strong) instructions, Christine keeps a video diary. As Christine starts to uncover terrifying truths about her past, she begins to question everything – and everyone – around her.

It’s the early 18th century, and England is at war with the French. Nonetheless, duck racing and pineapple eating are thriving. A frail Queen Anne occupies the throne, and her close friend Lady Sarah governs the country in her stead while tending to Anne’s ill health and mercurial temper. When a new servant, Abigail, arrives, her charm endears her to Sarah. Sarah takes Abigail under her wing, and Abigail sees a chance to return to her aristocratic roots.

Three brilliant African-American women at NASA – Katherine Johnson (Taraji P. Henson), Dorothy Vaughan (Octavia Spencer) and Mary Jackson (Janelle Monáe) – serve as the brains behind one of the greatest operations in history. It is the launch of astronaut John Glenn (Glen Powell) into orbit, a stunning achievement that restored the nation’s confidence, turned around the Space Race and galvanized the world.

Queen of France at 16 and widowed at 18, Mary Stuart defies pressure to remarry. Instead, she returns to her native Scotland to reclaim her rightful throne. But Scotland and England fall under the rule of the compelling Elizabeth I. Each young Queen beholds her sister in fear and fascination. Rivals in power and in love, and female regents in a masculine world, the two must learn to play the game of marriage versus independence.

When Pete and Ellie decide to start a family, they stumble into the world of foster care adoption. They hope to take in one small child, but when they meet three siblings, including a rebellious 15-year-old girl, they find themselves speeding from zero to three kids overnight. Now, Pete and Ellie must try to learn the ropes of instant parenthood in the hope of becoming a family.

Dr. Don Shirley is a world-class African-American pianist who’s about to embark on a concert tour in the Deep South in 1962. In need of a driver and protection, Shirley recruits Tony Lip, a tough-talking bouncer from an Italian-American neighborhood in the Bronx. Despite their differences, the two men soon develop an unexpected bond while confronting racism and danger in an era of segregation.

In 1991, talented figure skater Tonya Harding becomes the first American woman to complete a triple axel during a competition. In 1994, her world comes crashing down when her ex-husband conspires to injure Nancy Kerrigan, a fellow Olympic hopeful, in a poorly conceived attack that forces the young woman to withdraw from the national championship. Harding’s life and legacy becomes instantly tarnished as she’s forever associated with one of the most infamous scandals in sports history. 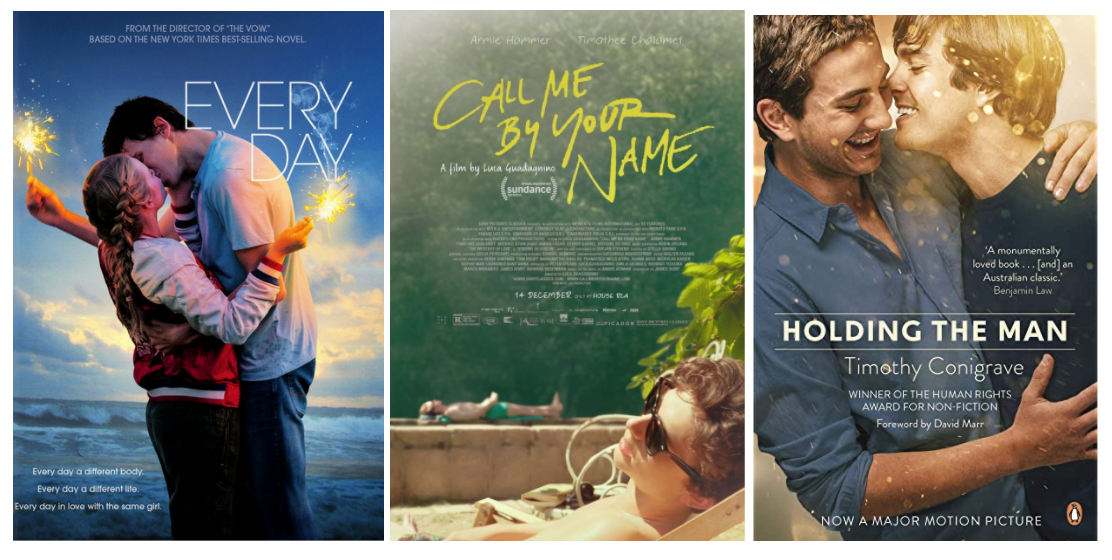 Sixteen-year-old Rhiannon falls in love with A, a mysterious spirit who inhabits a different body every day. Feeling an unmatched connection, Rhiannon and A try to find each other on a daily basis, always unsure of what or who the next day will bring. Soon, the realities of loving someone who is a different person every 24 hours starts to take its toll, leaving Rhiannon and A to face the hardest decision either has ever had to make.

It’s the summer of 1983, and precocious 17-year-old Elio Perlman is spending the days with his family at their 17th-century villa in Lombardy, Italy. He soon meets Oliver, a handsome doctoral student who’s working as an intern for Elio’s father. Amid the sun-drenched splendor of their surroundings, Elio and Oliver discover the heady beauty of awakening desire over the course of a summer that will alter their lives forever

Tim and John fell in love while teenagers at their all-boys high school. Their romance endured for 15 years to laugh in the face of everything life threw at it – the separations, the discrimination, the temptations, the jealousies and the losses. 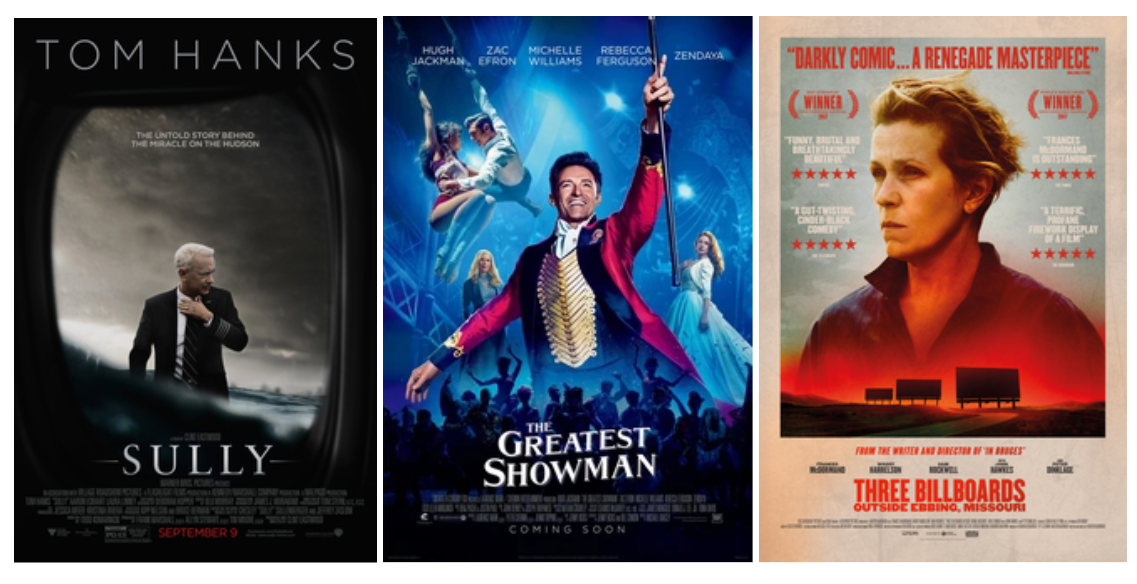 On January 15, 2009, Capt. Chesley “Sully” Sullenberger (Tom Hanks) tries to make an emergency landing in New York’s Hudson River after US Airways Flight 1549 strikes a flock of geese. Miraculously, all of the 155 passengers and crew survive the harrowing ordeal, and Sullenberger becomes a national hero in the eyes of the public and the media. Despite the accolades, the famed pilot now faces an investigation that might prove to be fatal to his career.

Growing up in the early 1800s, P.T. Barnum displays a natural talent for publicity and promotion, selling lottery tickets by age 12. After trying his hands at various jobs, P.T. turns to show business to indulge his limitless imagination, rising from nothing to create the Barnum & Bailey circus. Featuring catchy musical numbers, exotic performers and daring acrobatic feats, Barnum’s mesmerizing spectacle soon takes the world by storm to become the greatest show on Earth.

After months have passed without a culprit in her daughter’s murder case, Mildred Hayes makes a bold move, painting three signs leading into her town with a controversial message directed at William Willoughby, the town’s revered chief of police. When his second-in-command, Officer Dixon – an immature mother’s boy with a penchant for violence – gets involved, the battle is only exacerbated. 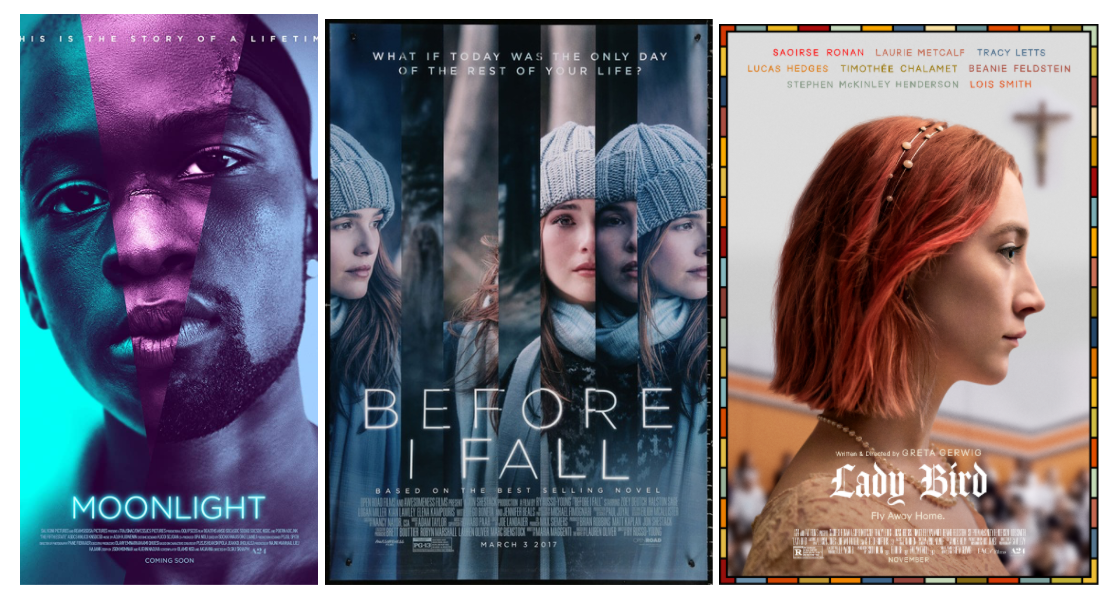 A look at three defining chapters in the life of Chiron, a young black man growing up in Miami. His epic journey to manhood is guided by the kindness, support and love of the community that helps raise him.

Samantha Kingston (Zoey Deutch) seems to have it all: popularity, a loving boyfriend (Kian Lawley) and a seemingly perfect future. Everything changes in the blink of an eye when she dies in a car crash – but then wakes up to find herself reliving the same day over and over again. As Samantha tries to untangle the mystery of a life derailed, she must also unravel the secrets of the people closest to her and discover how the power of a single day can make an enormous difference.

A teenager (Saoirse Ronan) navigates a loving but turbulent relationship with her strong-willed mother (Laurie Metcalf) over the course of an eventful and poignant senior year of high school.