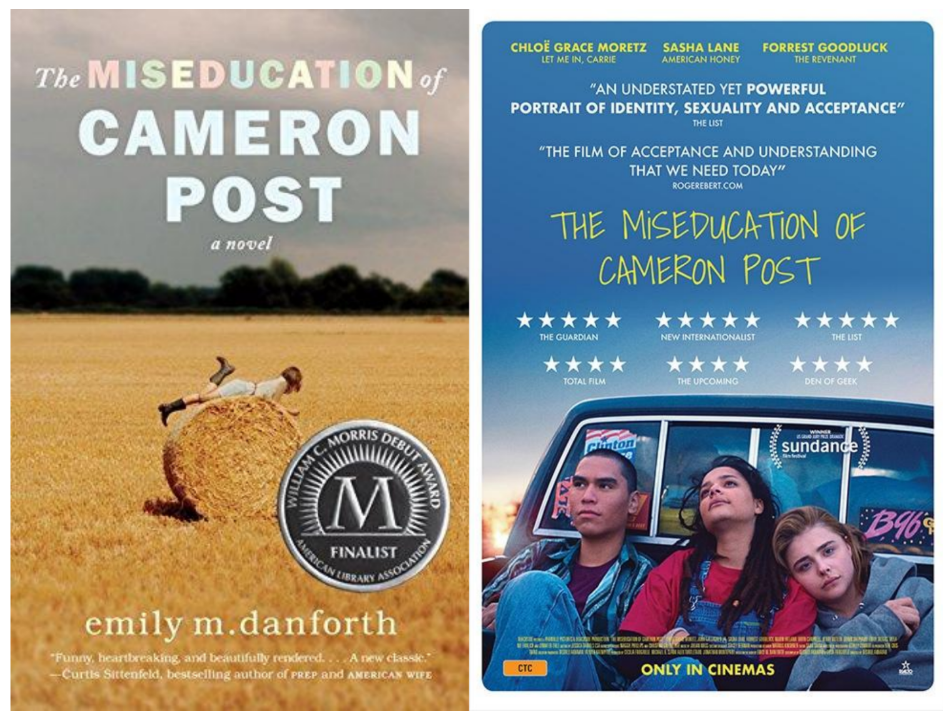 "Books and movies are like apples and oranges. They both are fruit, but taste completely different." – Stephen King

You know what they say… the book is always better than the movie. There are so many successful films and TV shows that have been based on written works of fiction, but it can be rare to come across an adaptation better than its source material. Nonetheless, it’s always fun seeing the differences between books and their on-screen adaptations.

A coming of age novel set in 90s rural Montana, following the journey of Cameron Post who is sent to a conversion camp after she is discovered having a romantic relationship with her best friend. A slow burner that explores self-discovery and thoughtfully handles difficult subject matter. The strength of this novel is Danforth’s multidimensional characterization and atmospheric prose. This novel was turned into an award-winning film adaptation. 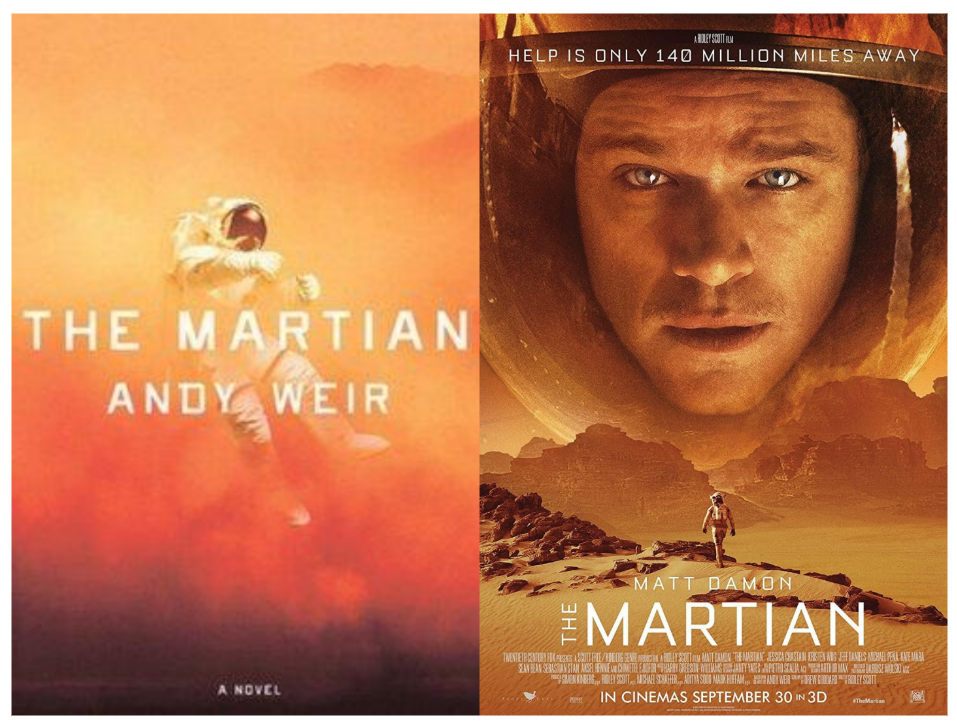 The Martian by Andy Weir

Six days ago, astronaut Mark Watney became one of the first people to walk on Mars. Now, he’s sure he’ll be the first person to die there. The Martian is a compelling tale of one man’s survival in an inhospitable environment with nothing but his skills, wit, and resourcefulness. The novel is as gripping as the film adaptation with an engaging narration style that allows it to remain optimistic and funny despite its dire circumstances. 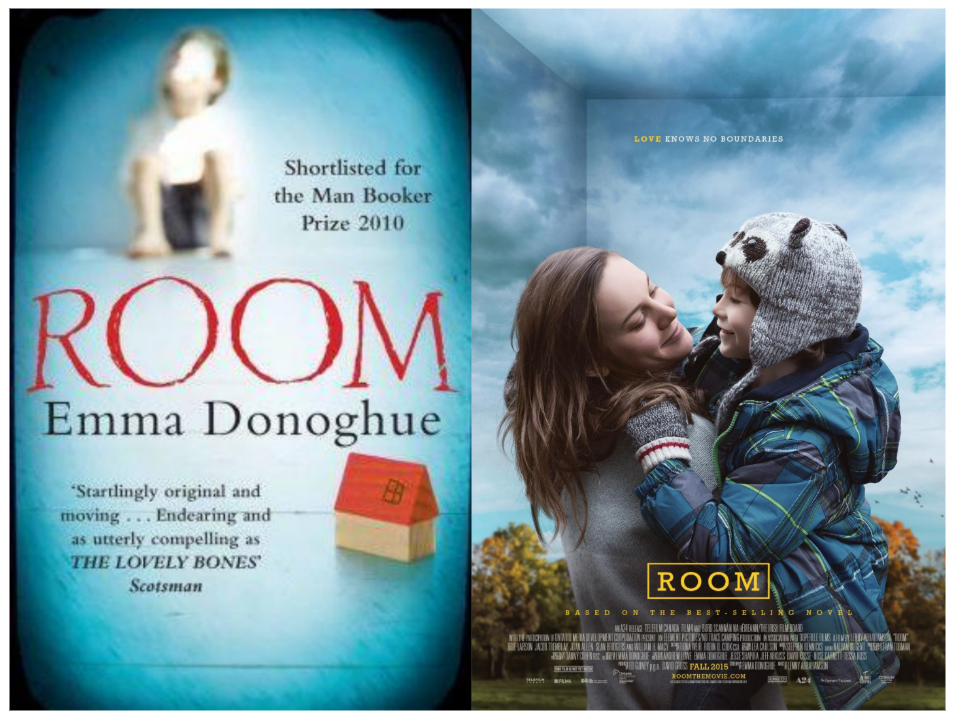 Room is home to Jack, but to Ma, it is the prison where Old Nick has held her captive for seven years. But one day she devises a bold plan through which they manage to escape and gain freedom. Room is a powerful story about a mother and her son, told in the language of five-year-old Jack. 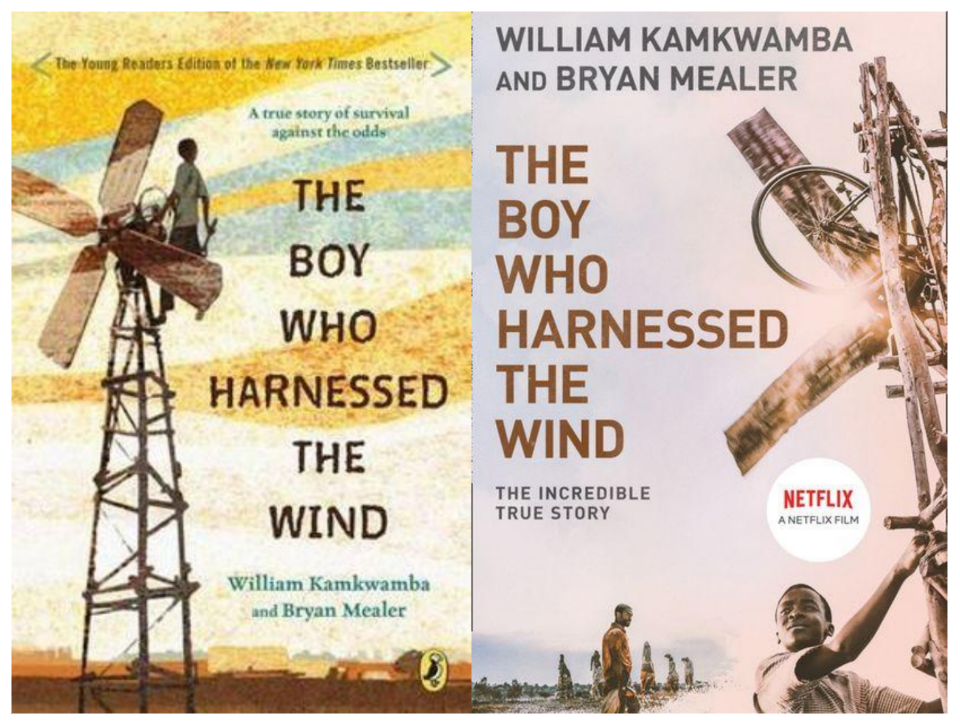 A memoir about William Kamkwamba and his “electric wind”. Born in Malawi, William dreamed of building a windmill that would bring electricity and water to his village and change his life and the lives of those around him. Here is the remarkable story about human inventiveness and its power to overcome crippling adversity. 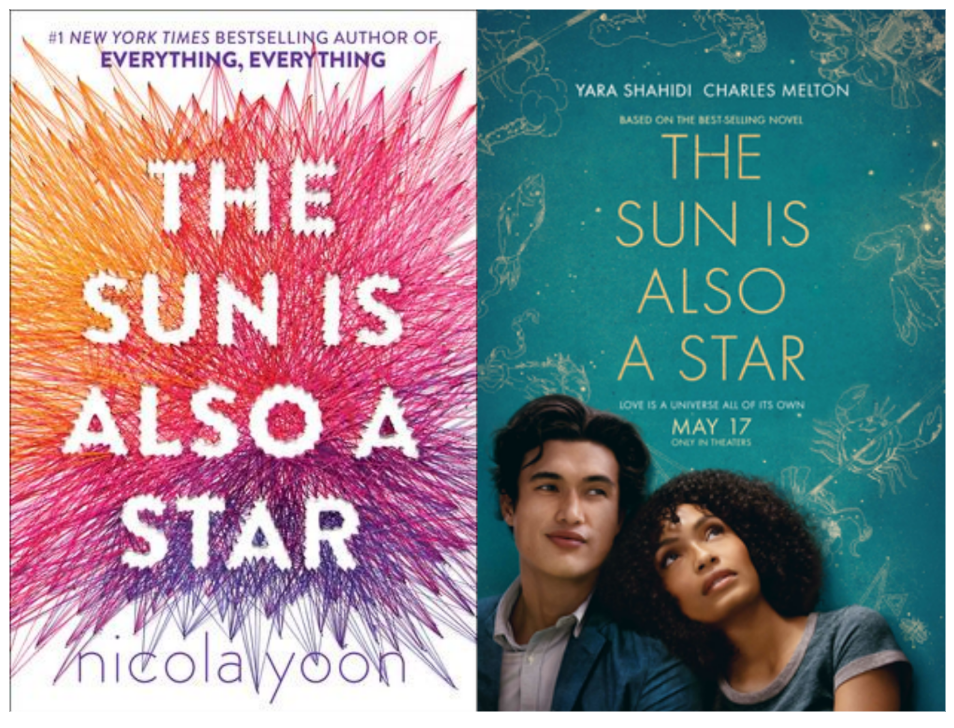 The Sun Is Also A Star by Nicola Yoon

This is a story about two people falling in love with each other over the course of a single day. Perhaps unrealistic? Yes, but the pacing of the plot makes the development of their relationships feel believable. Plus, the chemistry between the pair is swoon worthy. The novel also tackles themes of racism between minorities and immigration. 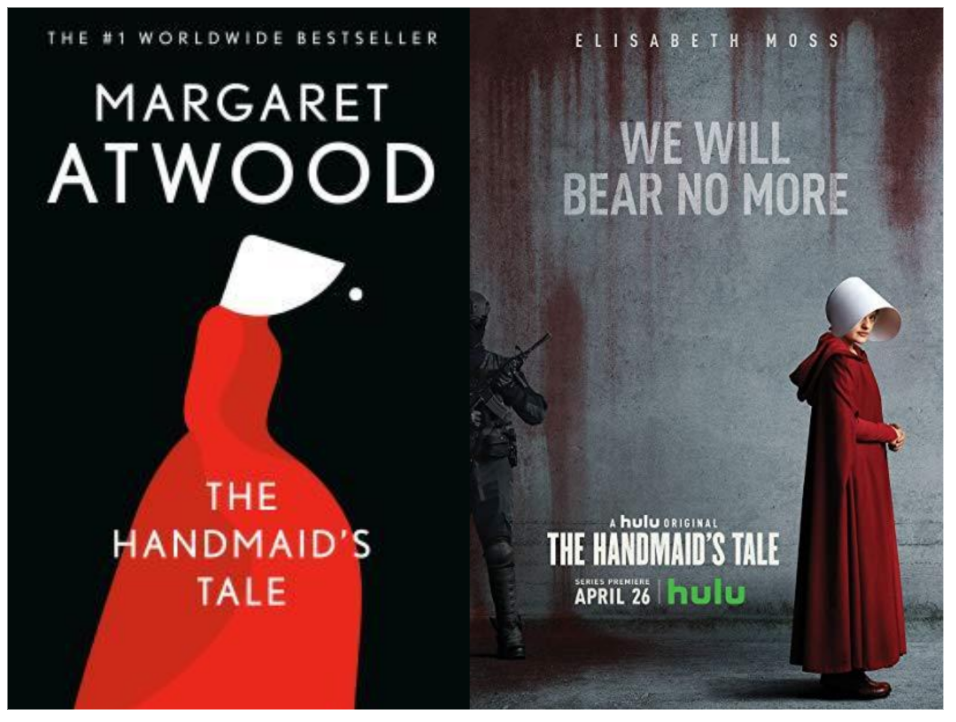 The Handmaid’s Tale by Margaret Atwood

The Handmaid’s Tale took the world by storm with a 2017 Hulu series adaptation based on the 1958 novel by Margaret Atwood. The dystopian novel is set in the totalitarian state of Gilead and tells the story of Offred who as a handmaid lives to produce children for the upper social class. The Handmaid’s Tale explores issues of power, gender and religious politics with irony and wit. 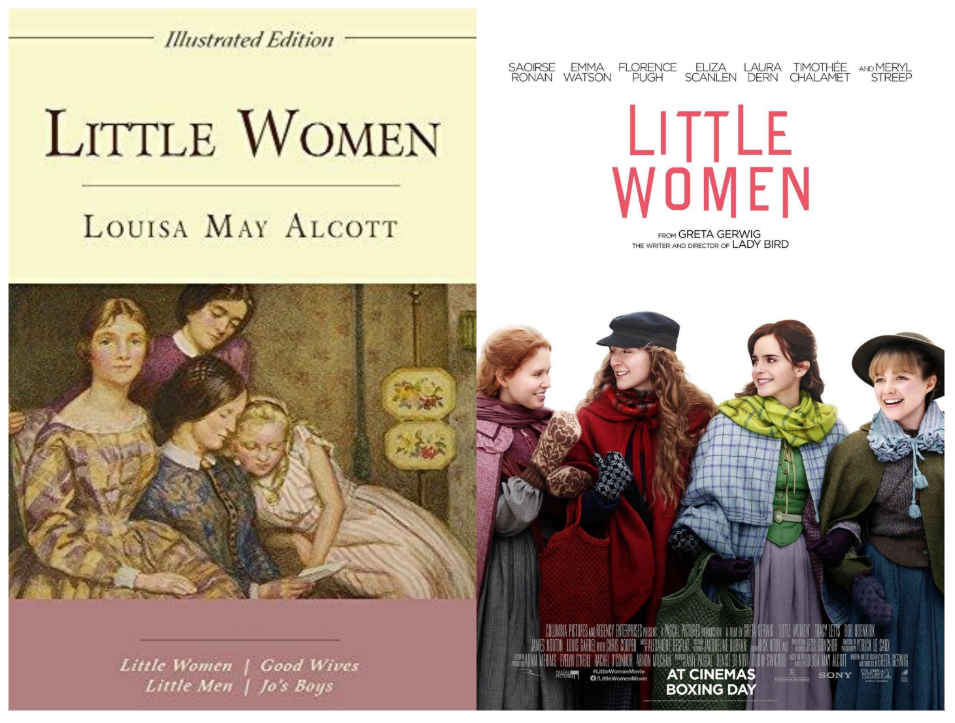 Little Women by Louisa May Alcott

The latest Little Women adaptation has made us fall in love with the March sisters all over again so now is the perfect time to revisit this popular classic. Little Women is a charming coming of age story about the lives of four sisters — tomboy and author-to-be Jo, tragically frail Beth, beautiful Meg, and romantic, spoiled Amy, united in their devotion to each other and their struggles to survive in New England during the Civil War. 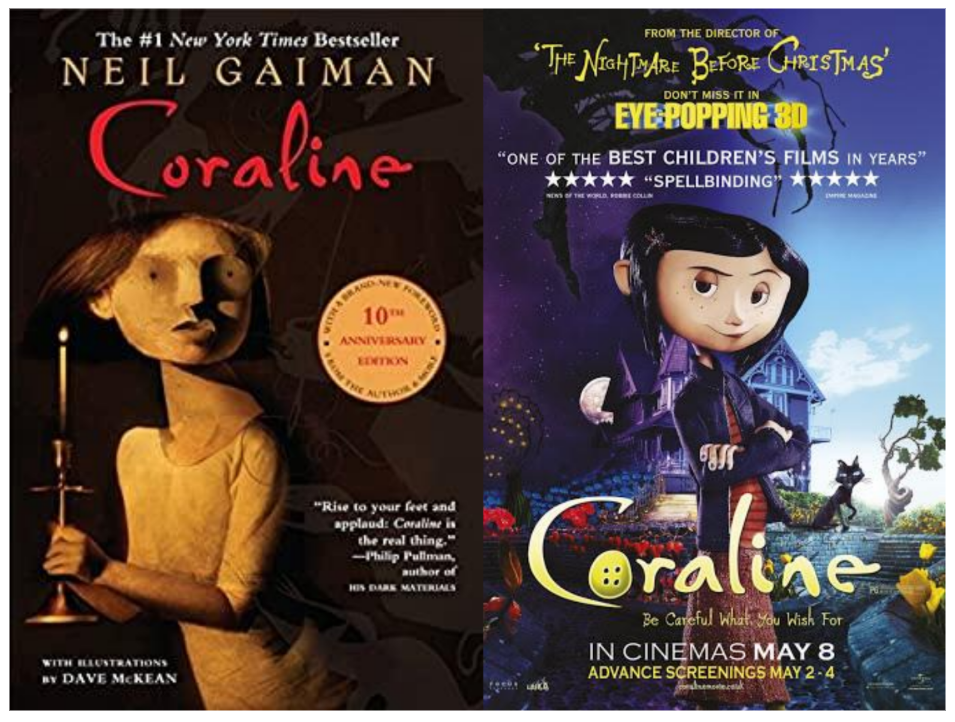 Like the film adaptation Neil Gaiman’s novella Coraline is nothing short of disturbing and dark. Coraline is about a girl who while exploring her new home, finds a passage to a perfect but sinister parallel world. Coraline must battle the Other Mother who wants to keep her there forever to save herself and her family. Short, eerie and vivid, it’s a children’s book that is equally appealing to adults.