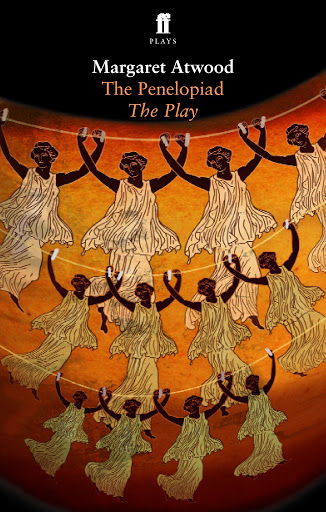 We’re kicking off the first week of SURLY’s 2020 winter reading challenge with the theme of mythology. What better way to spend dreary winter days than to escape into the legendary worlds of monsters, deities, ancient lore, peculiar fairy tales and folklore. Mythology continues to inspire the human imagination in contemporary fiction through explorations of universal themes such as love, power, redemption, survival and more.

Children of Blood and Bone by Tomi Adeyemi

Children of Blood and Bone is a YA fantasy novel inspired by West-African mythology, the first book in the Legacy of Orisha trilogy. The story follows Zélie Adebola, who seeks to restore magic in the land of Orisha ruled by the oppressive Kosidáns regime who wiped out a class of magic users which Zelie belonged to. Children of Blood and Bone impresses with its complex world building, action filled plot and a unique magic system bound together with lyrical prose.

The Penelopiad by Margaret Atwood

Who doesn’t love feminised rewrites of ancient myths! The Penelopiad is a modern reworking of Homer’s The Odyssey, from the perspective of Penelope and her twelve hanged maids. The Penelopiad gives voice to Penelope who reflects upon the event of her life while wandering the underworld.  The ambitious novella is a fresh and elegant take on a classic myth that explores the relationship between truth and storytelling, class and gender inequity and justice.

Ada and her father are healers, not entirely human they come from the Ground, a patch of earth with healing properties. Together they cure the ailments of local townspeople by cracking open their bodies and burying them in the Ground. When Ada falls for a man named Samson, she is torn between her old life and new possibilities with her lover and makes a decision that will forever change Samson, the town and the Ground itself. Follow Me to Ground is a bewitching horror novel with dark folkloric roots, straying outside traditional boundaries of mythology. It is a gruesome exploration of agency and desire and with plenty of body horror. Warning: it’s not for the faint-hearted.

A Thousand Beginnings and Endings by Ellen Oh and Elise Chapman

A YA anthology of fifteen short stories retelling folklore and mythology of East and South Asia by bestselling authors. You’ve got all your classic fairy tale, myth and folklore tropes: star-crossed lovers, meddling immortals, feigned identities, battles of wits, and dire warnings. A Thousand Beginnings and Endings is a refreshing and fascinating anthology exploring mythologies not often explored in contemporary fiction from the Philippines, China, Korea, India and more.

Tale as old as time…only this reimagination of the Beauty and the Beast is much darker than the Disney friendly fairy tale you’re probably familiar with. Yeva is a hunter who is out to get the Beast after her hunter father goes missing in the woods while tracking the same creature. Yeva hunts the Beast back into his own territory, to his ruined castle, a world full of magical creatures Yeva’s only heard about in fairy tales. A world that can bring her ruin, or salvation. While staying faithful to the original story, Hunted offers a unique Russian fairy tale and folkloric inspired rendition of it.

Yet another feminist retelling of a Greek myth – we love to see it! Circe tells the story of a minor god who appears in Homer’s Odyssey. As the daughter of Sun god Helios, Circe is born with no powers or talent but finds a knack for witchcraft. Banished for her lowly abilities, she is exiled on an island where she hones her craft, and across centuries meets many famous characters in Greek mythology like Icarus, Medea, Athena and Odysseus. Circe is the personal story of a woman’s enduring strength in a god’s world.

The Gospel of Loki by Joanne M. Harris

The Gospel of Loki is an adult epic fantasy novel about everybody’s favourite Norse trickster god. The story follows Loki’s recruitment from the underworld of Chaos, his many exploits on behalf of his one-eyed master, Odin, though to his eventual betrayal of the gods and the fall of Asgard itself. The Gospel of Loki is a fun and action-packed retelling of Old Norse mythology from the perspective of a witty but unreliable narrator.

The Golem and the Jinni by Helene Wecker

Chava is a golem made from clay, brought to life by a disgraced rabbi. Ahmad is a jinni born in the ancient Syrian desert. Both live parallel lives in 19th century New York as displaced magical creatures trying to find themselves in the human city. Chava and Ahmad become unlikely friends and soul mates with a mystical connection. The Golem and the Jinni is an immigrant tale that weaves in Arab and Jewish folk mythology. It is both a magical romance and a philosophical exploration of humanity and identity.

We hope these recommendations will inspire you, but you’re also welcome to choose one of your own mythology-inspired books! e.g. …